Two albums by The Brian Setzer Orchestra to be released on exclusive 12″ splatter vinyl! 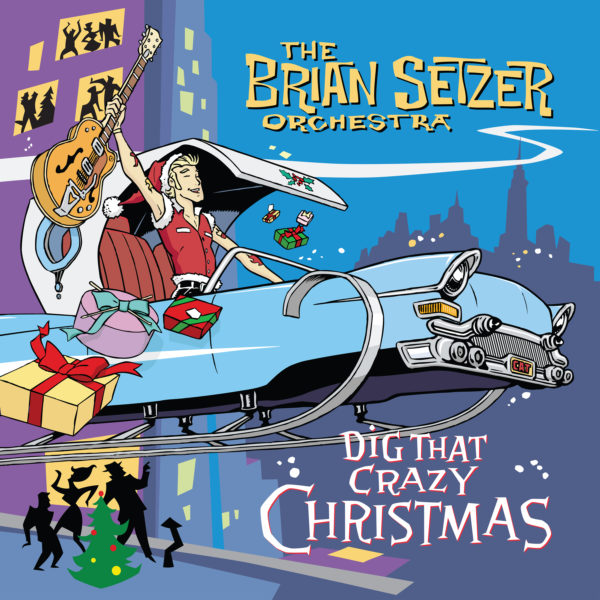 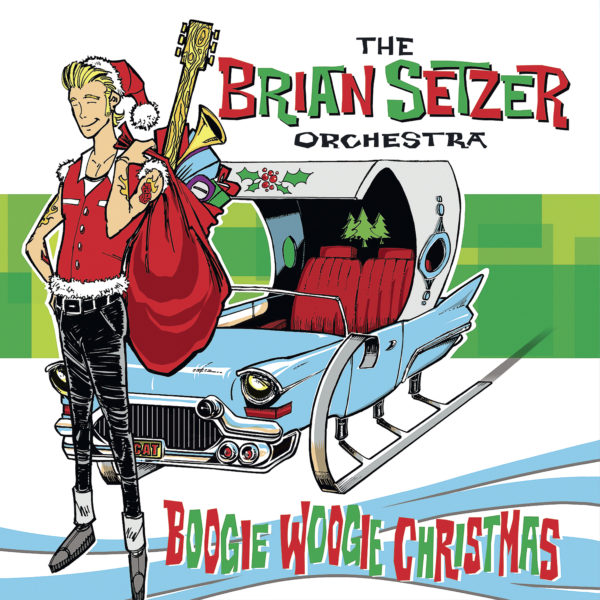 DIG THAT CRAZY CHRISTMAS–originally released in 2005–will be issued as a red and white splatter LP.  The album stands out next to traditional Christmas records and is as timeless as SETZER’s first Christmas album BOOGIE WOOGIE CHRISTMAS (2002). BOOGIE WOOGIE CHRISTMAS—which was previously released on vinyl–will be commemorated on a 12″ green and white splatter vinyl.  Both will be released Friday, November 8 on Surfdog Records in advance of BRIAN SETZER ORCHESTRA’s 16th annual “Christmas Rocks! Tour.”  Tickets for the shows can be purchased here.

The DIG THAT CRAZY CHRISTMAS track listing is as follows:

“Angels We Have Heard On High”

“Gettin’ In The Mood (For Christmas)”

“What Are You Doing New Year’s Eve”

The BOOGIE WOOGIE CHRISTMAS track listing is as follows:

“Santa Claus Is Back In Town”

“(Everybody’s Waitin’ For) The Man With The Bag”

“So They Say It’s Christmas”

For the “Christmas Rocks! Tour,” SETZER and his 19-piece ORCHESTRA will tour the country on the tour presented for the fifth consecutive year by SiriusXM.  The over 20-city annual and critically acclaimed holiday extravaganza will launch November 15 at the State Theatre in Minneapolis, MN before wrapping December 21 in Los Angeles at the Microsoft Theatre (full itinerary below).  THE BRIAN SETZER ORCHESTRA’s “Christmas Rocks! Tour” set list will feature music from the group’s three Christmas albums, BOOGIE WOOGIE CHRISTMAS, DIG THAT CRAZY CHRISTMAS and ROCKIN’ RUDOLPH, as well as original material that spans his 40-year career. SETZER’s trademark guitar work and vocal stylings will be matched with his 19-piece orchestra’s rockin’ big-band horn arrangements, making for a reliably unbeatable combination.

BRIAN SETZER‘s legendary career has led him through four critically acclaimed and successful phases from the Stray Cats, to solo albums, the Rockabilly Riot and The Brian Setzer Orchestra.  The Brian Setzer Orchestra show seamlessly encompasses music from all these phases. He is a 3-time Grammy Award-winner, and in 2014, SETZER received the distinct honor of being asked by the Smithsonian Institution in Washington, D.C. to donate a replica of his original 1959 Gretsch 6120 “Stray Cat” guitar, joining an elite collection of iconic treasures at the museum.

For the past four years (2015, 2016, 2017 and 2018), THE BRIAN SETZER ORCHESTRA has had a strong presence across SiriusXM channels during the holidays and has partnered with the audio entertainment company for subscriber-only concerts in New York City and Los Angeles, which have aired on SiriusXM’s Outlaw Country and Holly channels.  This tradition will continue this year.

Visit www.briansetzer.com for more information and to purchase tickets.