Stray Cats have announced their NEW ALBUM titled “40” and US DATES! 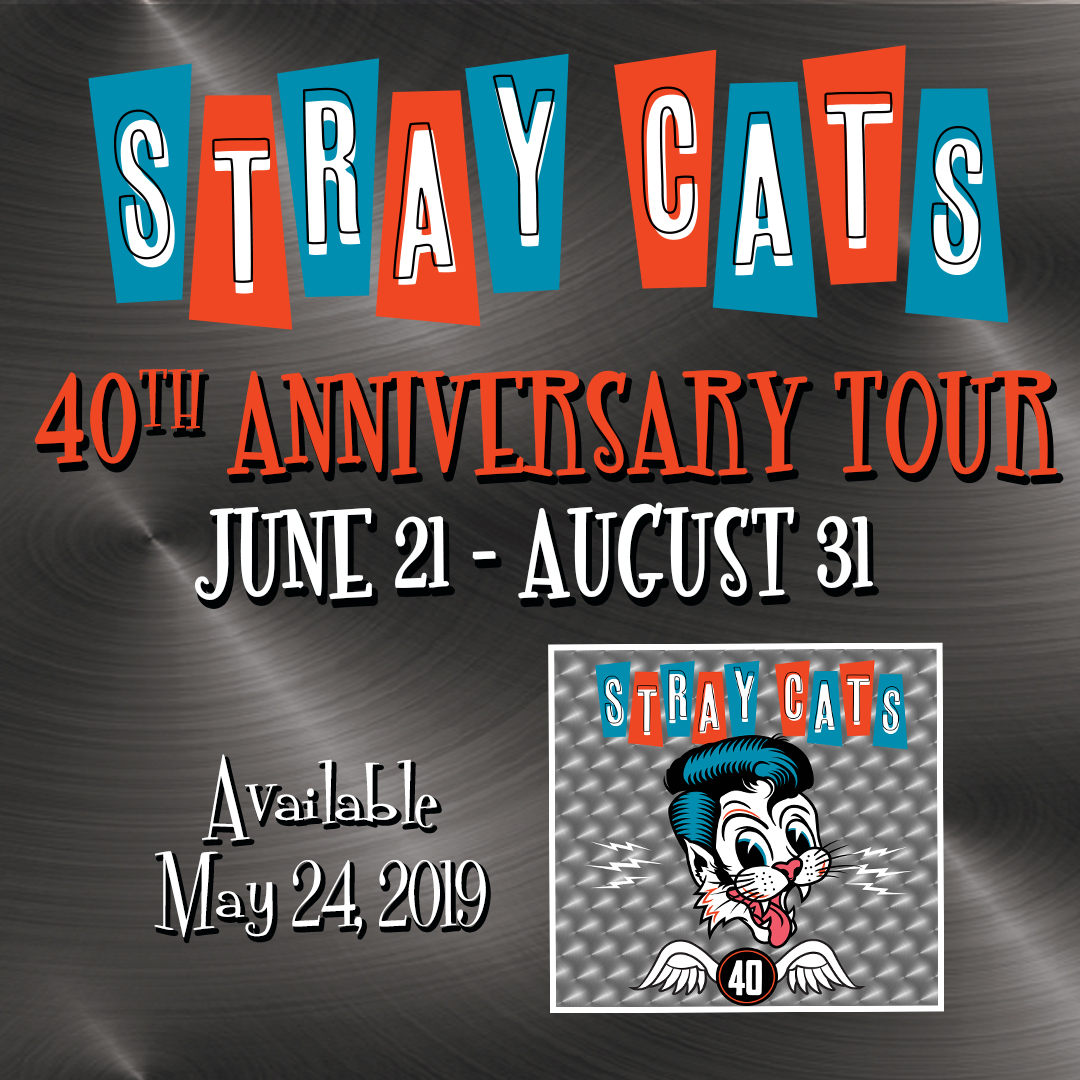 All revved up and red hot, The STRAY CATS are back.

The STRAY CATS have titled the album 40. Marking their first new album in 26 years, it will be released May 24 via Surfdog Records and distributed by BMG (CD, vinyl, digital). The song titles alone–including “Cat Fight (Over A Dog Like Me),” “Rock It Off,” “Mean Pickin’ Mama” and “Devil Train”—instantly let listeners know they’re in for a non-stop rocking time.

Watch the band and album producer Peter Collins in the studio discussing the making of the album here.

The first instant grat track, “Cat Fight (Over A Dog Like Me),” is available now with a pre-order of the album.  The song is also streaming on Spotify.  An exclusive indie-store edition of the album–colored vinyl, with a double-sided 24×12 poster–will arrive on May 24 (Pre-Order link)

In addition, The STRAY CATS are releasing an exclusive 12” picture disc with three songs–“Cat Fight (Over A Dog Like Me), “When Nothing’s Going Right” and “Rock It Off”–on April 13, Record Store Day.

The STRAY CATS begin their select U.S. dates on August 3 on the heels of June and July overseas shows.  Tickets for the shows go on sale Friday, March 8 at 10:00 AM (local time).

The STRAY CATS recorded 40 at Blackbird Studios in Nashville in late 2018 following their first North American shows in 10 years, with four concerts including sold-out headlining shows in Las Vegas and the Pacific Amphitheatre in Costa Mesa, CA before wildly enthusiastic audiences. Still buzzing from the thrill of playing together again and the crowd response, they went into the studio with producer Peter Collins (Rush, Bon Jovi, The Brian Setzer Orchestra) and engineer Vance Powell (Jack White, Chris Stapleton, Arctic Monkeys). There are a dozen original songs that comprise the album.

Here’s what the guys have to say:

Brian Setzer: “You have to understand how unique the Stray Cats are. It’s me playing an old hollow body guitar, Slim Jim playing two or three drums, and Lee Rocker slapping a stand-up acoustic bass.  I get to write new songs and then play them with my buddies.  Somehow we created a new and exciting sound with this simple idea.  And you know what? A lot of people agree!”

Lee Rocker: “This new album really feels like the first record we did, it’s really natural and comfortable. For the recording, we went live–like doing a gig, we recorded in a real, organic way.  We were all in one room standing next to each other recording live, with the amps turned up to 10, it captured the undefinable things that happen when a band is great, it captured the magic that takes place and an undefined spark.”

Slim Jim Phantom: “We’re very, very focused when we get into the studio, it didn’t feel like a long time had passed since we had done this, it felt very natural and familiar.  We were all in a row with everyone watching each other, so it felt like a gig in the set-up.  We really embraced that a little bit for the album, it’s like an old way of making records.  The modern is meeting the vintage, which has always been our inspiration.”

I’ve Got Love If You Want It

I’ll Be Looking Out For You 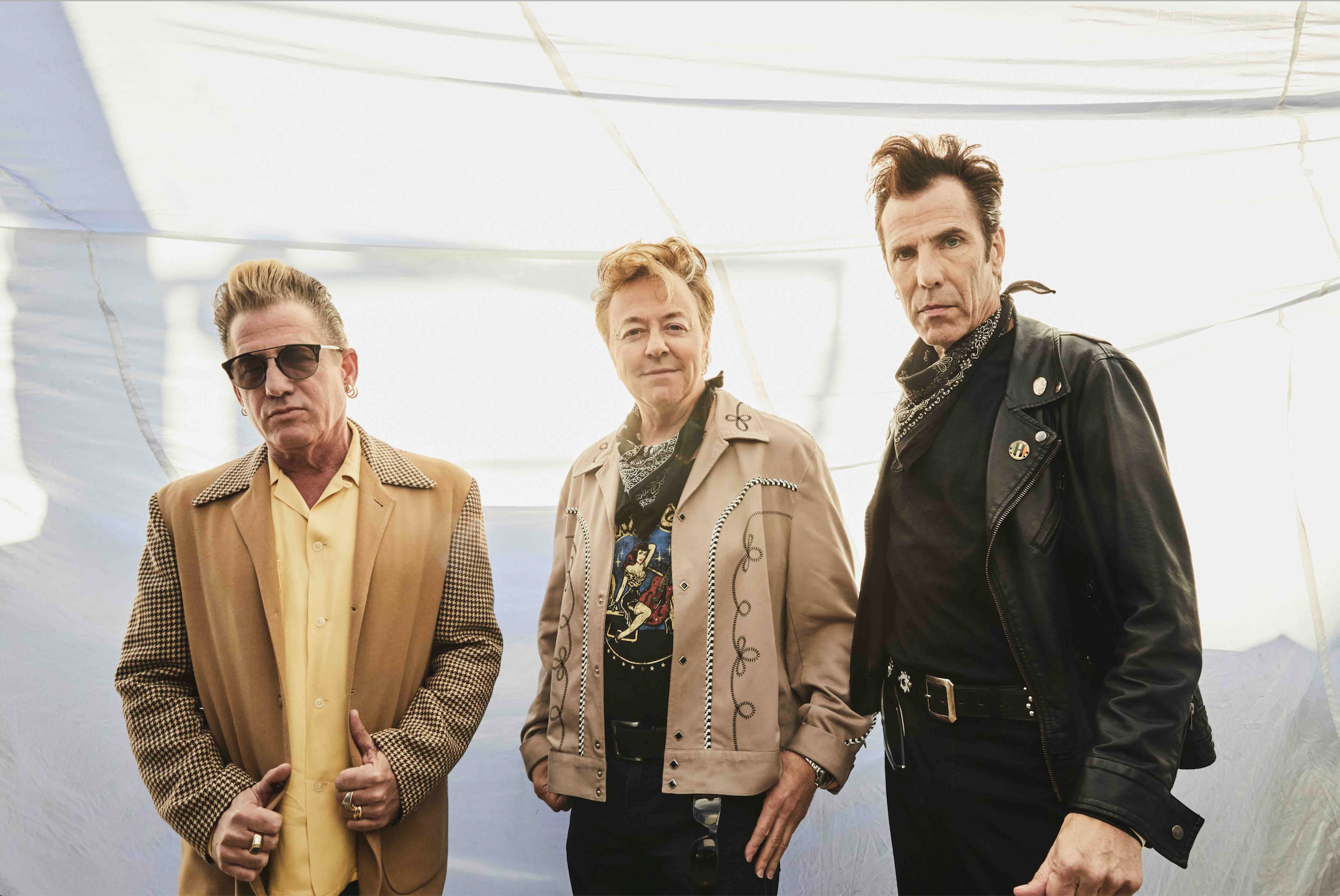 *Note: italicized dates will be on sale at a later date (TBD)