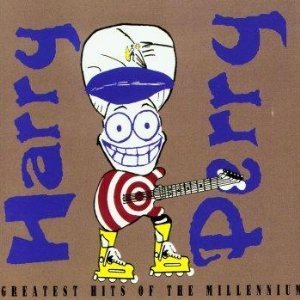 Roller-skating/turbaned Harry Perry is the crazy cosmic galactic rock n’ roll by the Venice Beach icon! He brought his inter-galactic flavor of rock to Surfdog Records with his 1995 album “Greatest Hits Of The Millenium“!