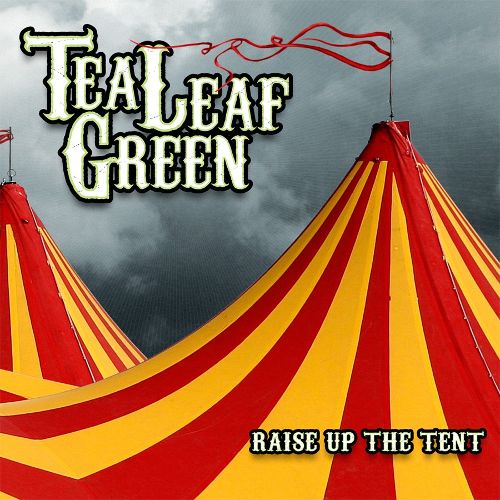 Raise Up The Tent

The longer one lives the greater the number of scars and scrapes one accumulates. It’s the same with a band, where the years build up layers one could never have expected when they set out in a van back in the day. So it is with San Francisco’s Tea Leaf Green, whose own journey began as a jam-minded party on legs in the late 1990s and now finds them some of the Bay Area’s most thoughtful, dedicated craftsmen.

As sharply carved and musically robust as any rock unit today, TLG have harnessed their surefire live prowess and ability to seize an audience into a bustling, emotionally dense, ear-snagging studio form. A complete vision that represents the great skill and open-minded invention in this quintet – Trevor Garrod (keys, vocals), Josh Clark (guitar, vocals), Scott Rager (drums), Reed Mathis (bass, vocals) and Cochrane McMillan (percussion) – placing them alongside contemporaries like Delta Spirit, Everest and Dr. Dog in marrying honesty, artistry and grit in music that hums with bruised but unbowed life.