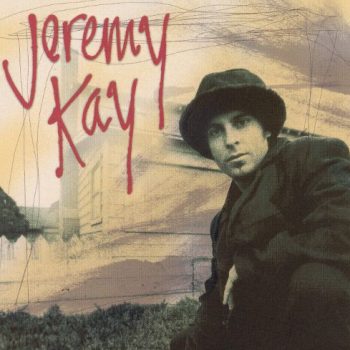 San Diego native Jeremy Kay began his musical career while attending UCSB. Armed with just enough training on piano and guitar, Jeremy honed his live act on the bustling streets of Isla Vista. This beachside college town, once a perfect haven for live music, allowed JK and his band mates a chance to find their following. Soon they were playing shows from Nor Cal down to San Diego, and part of a vibrant Santa Barbara music scene that was busting wide open. Even still, the ‘pie in the sky’ record deal proved to be elusive for Kay and his brethren, and it wasn’t long before the allure of Hollywood forced JK to pack his bags and move closer to the heart of the music business (aka darkness).

His move proved to be fruitful. Within 3 months, Surfdog Records offered him a recording contract based on a handful of homespun demos. Jeremy then gathered his ‘dream team’ and the band ‘Lodestone’ was formed. Though the band made a fine record for the indie label (Rainy Day Revelation), they would ultimately call it quits.

But Kay’s deal with Surfdog was still intact, and as they say, ‘in every ending is a new beginning.’ So began Jeremy Kay’s solo career. Pairing with producer David Darling yielded a fresh sounding self-titled solo release. Of course, a great many live shows followed as Kay traversed the nation in support of his new record. Both full band and stripped down acoustic, Jeremy played to the approval of many audiences. He opened for such classic acts as Crosby Stills & Nash and Dan Hicks & the Hot Licks, and became a regular guest at Lake Mission Viejo’s Summer Concerts, opening for The Bengals, Pat Benatar and Joan Osborne.

In the meantime, several tracks from the new record found their way into movies, TV shows and radio. ‘Only One’ and ‘Back to You’ were featured in Dana Brown’s epic surf film ‘Step into Liquid’. Songs such as ‘Skin is Too Thin’ and ‘Afraid to Fly’ were used in MTV’s ‘Real World’ and ‘Undressed,’ while ‘Have it All’ was featured on the hit show ‘Scrubs’ and placed on the Scrubs Soundtrack record as well. Even now, ‘Have it All’ enjoys a sort of ‘bubbling under’ success due to its many TV uses and has acquired a list of tributes on MySpace that are, if nothing else, entertaining.

In the past few years, Jeremy’s live efforts have settled down, giving way to several studio projects. Focusing his efforts on writing and producing has led to songs in shows such as Boston Legal, Numbers, Buffy the Vampire Slayer, Summerland, Smallville, Samantha Who and many more. ‘Weight in Gold’, one of Kay’s last offerings under Surfdog Records, was chosen to be the theme song for an ill fated drama developed by Barry Levinson entitled the ‘Bedford Diaries.’ In short, if you’ve watched TV in the last five years, you’ve probably been exposed to Jeremy’s music.

Buy “Have it All” on iTunes!