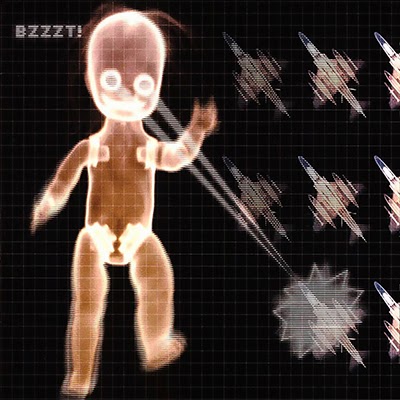 Formed in 1981, the Butthole Surfers have been a defining band of alternative rock, widely respected as one of the most uncompromising, adventuresome and creative groups around. The Butthole Surfers’ 1996 album, Electric Larryland, sold over a million copies worldwide and spawned the #1 hit Pepper.

After a dispute with Capitol Records, the Surfers re-recorded most of a planned follow-up record “After the Astronaut’s” songs for Weird Revolution, on the Hollywood Records/Surfdog Records imprint. The album was released in August 2001, and reached number 130 on the Billboard 200. It was their most electronic album to date, and the single “The Shame of Life” peaked at number 24 on the Billboard Modern Rock Tracks chart.

Since then, the group has released two compilations on Latino Buggerveil: 2002’s Humpty Dumpty LSD is a compilation of studio outtakes, while 2003’s Butthole Surfers/Live PCPPEP, combines their first two Alternative Tentacles EPs.

In 2004, Haynes formed “Gibby Haynes and His Problem”, who released an eponymous album on Surfdog Records later that year. While promoting the side project, Haynes indicated that another Butthole Surfers studio album was likely, and remarked that it would be “noisy”. However, no release date has been announced.