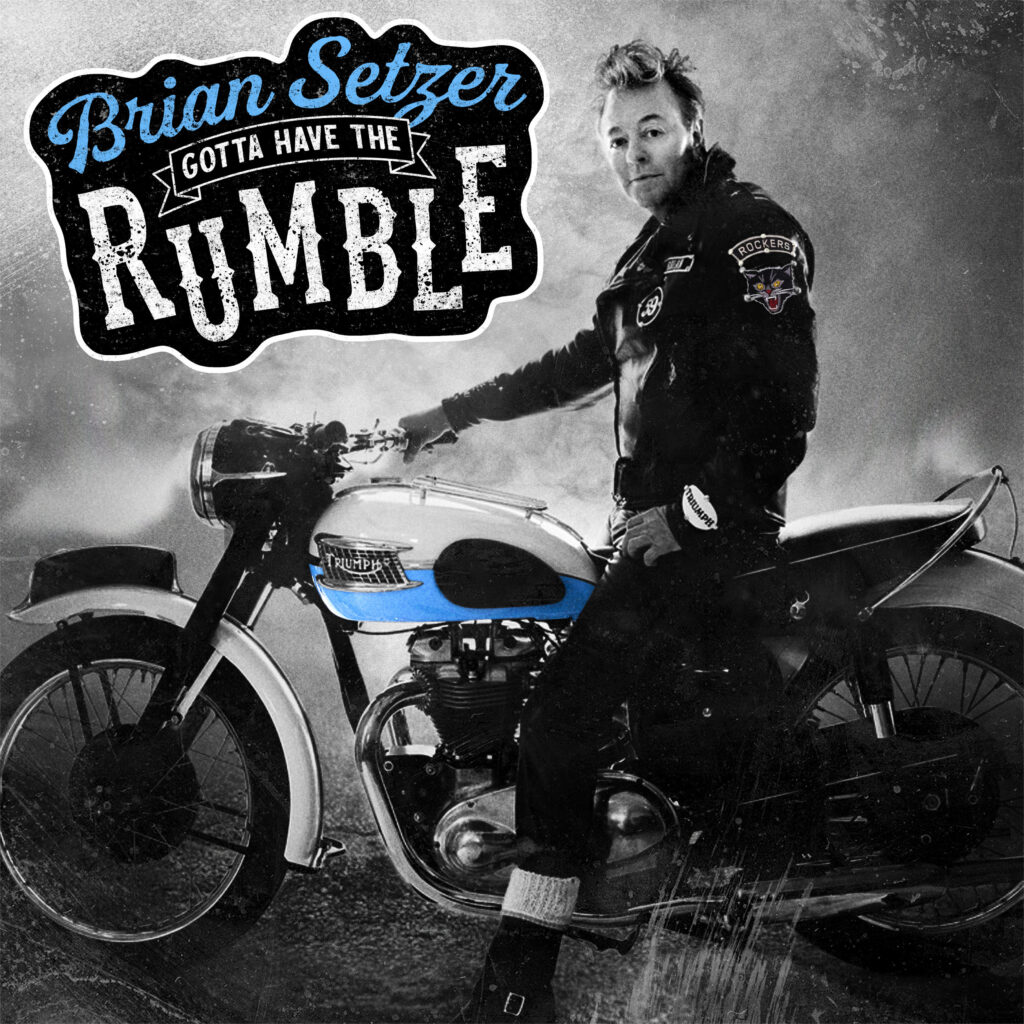 Gotta Have The Rumble

BRIAN SETZER – ‘GOTTA HAVE THE RUMBLE’ HIS FIRST SOLO ALBUM IN 7 YEARS!

Produced by Julian Raymond (Glen Campbell and Cheap Trick), GOTTA HAVE THE RUMBLE contains songs, all written or co-written by Setzer, and was recorded in Minneapolis (Setzer’s adopted hometown) and Nashville. GOTTA HAVE THE RUMBLE is a red-hot album from start to finish–American music amped up to 10–with songs that are full of dynamism and bravado. Highlights include “Checkered Flag,” “Smash Up On Highway One,” “Drip Drop,” “The Cat with 9 Wives,” “One Bad Habit” and “Rockabilly Banjo.” The track listing is below.