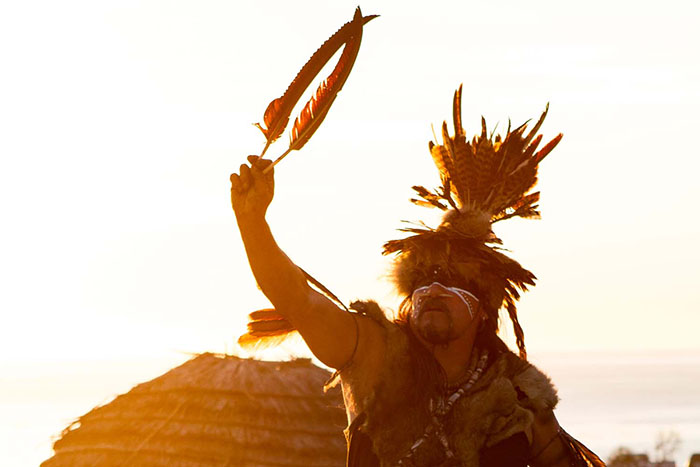 Dave Kaplan was proud to serve as a board member and treasurer of the Wishtoyo Foundation for seven years and still is a major supporter. Dave is a long-time friend of Mati Waiya, a Mitsqanagqa’n member of the Turtle Clan of the Chumash Nation, and founder, director, and spiritual leader of Wishtoyo Foundation and Chumash Village.

Wishtoyo is a Native American organization that utilizes traditional Chumash cultural values and practices to foster environmental awareness. The Chumash people lived for centuries along the California coast between Malibu and San Luis Obispo and the Channel Islands, depending on the natural world for food, clothing and shelter. Their culture and values, therefore, developed a deep and abiding respect for all living things and was based on the indispensable need for conservation and sustainability.

The Surfrider Foundation is a non-profit organization that works to protect and preserve the world’s oceans, waves and beaches. It’s campaigning is largely focused on water quality, beach access and preservation, as well as sustaining marine and coastal ecosystems. Surfdog Records is a passionate supporter of the Surfrider mission, we solidly believe in what they do. Dave Kaplan has been involved with the foundation since 1992 and has been a member of the advisory board since 1994.

We have a genuine, deep love of the oceans here at Surfdog. In fact, our motto “PLEASE HELP PRESERVE OUR OCEANS” isn’t just something we say. We do it!

Banding Together is a non-profit organization that provides music therapy scholarships, mentorships and instruments for young people with autism and other special needs.

Surfdog works with Banding Together on a unique initiative which offers autistic youths an opportunity to perform on-stage with special guest musicians. In addition to being an awesome experience for everyone involved, the program provides a meaningful platform for these talented children and teens to build their social confidence. Notable artists that have participated in this program include Jason Mraz, Shaun White, Michael Franti, Elvin Bishop, Dan Hicks, The English Beat, and jazz musician Steph Johnson.

Stand Up To Cancer

Stand Up To Cancer (SU2C) is a movement created to accelerate groundbreaking cancer research that will get new therapies to patients quickly and save lives. A major part of the campaign is motivating the public through various forms of media to become involved in the cause of curing cancer.

In 2010, to drive awareness and raise funds for this cause, Dave Stewart composed a song which became the anthem of Stand Up To Cancer. Surfdog Records released Stewart’s song “Stand Up To Cancer” as an EP, also featuring Joss Stone. All proceeds from sales were donated to the foundation. Watch the video for this single below, also featuring guest celebrity appearances such as Rob Lowe and Renée Zellweger.

Dave Stewart said “We can beat this disease but it takes every one of us to get involved. One in two men and one in three women will be diagnosed with some form of cancer in their lifetimes. We have all loved someone who has been touched by cancer. And by supporting Stand Up To Cancer in this way we can help change those odds.”

Amnesty International is taking global action to end the abuse of human rights. This movement spans 150 countries and territories and is made of over 3 million supporters, activists and members. Independent of governments, religion, political ideology and other economic pressures, Amnesty International strives to help everyone experience the rights defined in the Universal Declaration of Human Rights, as well as other international standards.

Dave Stewart & Joss Stone, along with Surfdog Records, worked with Amnesty International to bring support for the The Arms Trade Treaty cause. With the goal of bringing awareness to world leaders of the fact that there are no global regulations in place for international arms trade, the duo recorded a new version of Joss’ song “Take Good Care” and released it on July 5th, 2012 to coincide with United Nations negotiations taking place. Read about this great contribution in detail via Amnesty’s related article on the event.

Head to amnesty.org and discover more about what’s happening around the globe. You can help change the world for the better by becoming a member  or showing your support.

You can also support the campaign by buying the song on iTunes.

Here at Surfdog we take pride in trying to embody our motto “Please Help Preserve Our Oceans.” We are encouraged every day to get outside, whether it be surfing, going for a run, or going for a quick jump in the ocean. We love our Star Chart – which rewards us with a star every time we do something active outside in nature, to try to motivate everyone to take advantage of living in one of Mother Nature’s most beautiful spots on the planet. By the way, the competition for stars can get pretty fierce!

Every employee gets a new wetsuit when they start their employment at Surfdog, to further inspire people to go jump in the water, no matter the season!

In the summer we love our traditional Beach Friday’s every week, where we grab some lunch and make the 4-minute trek down Coast Highway to Swami’s Beach to enjoy the sun and waves. We heartily share the belief that there’s nothing better than a quick swim in the ocean to make you feel refreshed and ready to tackle the rest of the day!