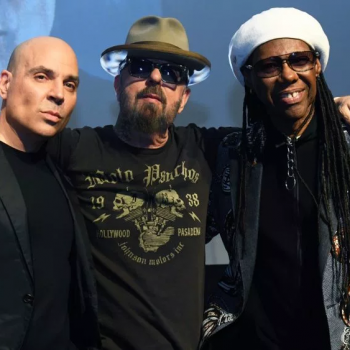 Grammy-winning songwriter-producer David Stewart has struck a deal with Hipgnosis Songs Fun Limited, with the company acquiring a music catalog of major hits that Stewart has had part in either writing or producing. With 1,068 songs in total, the catalog includes classic hits from his time in Eurythmics such as “Sweet Dreams (Are Made of This)” and “Would I Lie to You?.”

Hipgnosis founder Merck Mercuriadis, who has known Stewart for 35 years, calls this “an incredible moment for Hipgnosis. The work he and Annie did together as Eurythmics defines the 1980s and 1990s but still remains timeless today. It’s an honor for Nile Rodgers and I to welcome Dave to our Advisory Board and to the Hipgnosis family. I’m not generally one for puns but sweet dreams are literally made of this.”Stewart’s manager Dave Kaplan, who represented him in the deal with attorney Peter Paterno, says, “After putting everything in place during the negotiation, it was hard to imagine Dave’s iconic body of work could possibly have come from one human being in one lifetime (so far)! It would be tough to find anyone who values great songs and important artists more than Merck, who’s also a wickedly sharp dealmaker. This deal is monumental, and a perfect match.”Dave Stewart says, “Merck understands that without the song there is nothing and therefore holds songs with the utmost respect, hence understanding their impact on society and their long term value. He sees his company more like a song management company, unlike many publishers who act more like a collection agency and wait for the money to pour in. I’m excited to be on the advisory board of this forward-thinking company and sure we will have great success together.”