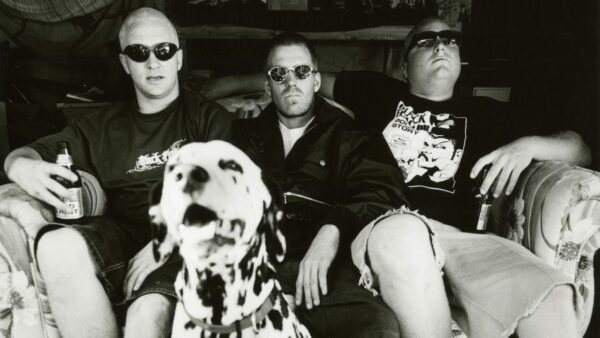 Sony’s 3000 Pictures, Chernin Entertainment, Dave Kaplan and Peter Paterno are developing a film on the iconic band Sublime, to be directed by Francis Lawrence (Hunger Games, I Am Legend). Four-time Emmy nominee Chris Mundy (Ozark) is writing the script, with Peter Chernin, Jenno Toping and David Ready from Chernin Entertainment (Ford v Ferrari, Planet of the Apes), Francis Lawrence and Dave Kaplan of Surfdog/DKM and Peter Paterno of KHPS producing.

The laid-back Long Beach trio Sublime spawned an entire genre – fusing reggae grooves, punk grittiness, ska energy, back porch folk introspection, and hip-hop swagger. The wide appeal of Sublime’s music made them a household name, a milestone uniquely reached only after the untimely passing of lead singer Bradley Nowell. “What I Got,” “Santeria,” “Wrong Way,” and “Doin’Time” endure as innovative staples from the ‘90’s alternative boom with continued radio airplay and massive commercial success 30 years after they first hit the airwaves. The music remains timeless – bringing together an expansive community of listeners and passionate fans from all across the musical spectrum, cementing Sublime as a cultural staple that continues to live on and reach new audiences.

“Wow – we can’t believe this is finally happening and we couldn’t be more honored and excited to have the great Francis Lawrence and Chris Mundy telling our story. We are so grateful to Peter Paterno and Dave Kaplan/Surfdog for their years of persistence and vision in getting this film going and thankful to Sony’s 3000 Pictures and Chernin Entertainment for believing in us and getting it on the big screen,” said Sublime’s Bud Gaugh and Eric Wilson, along with Bradley’s widow Troy Nowell and son Jake Nowell. “We know Bradley’s talent and spirit will be part of this incredible journey.”

“We’re thrilled Sublime’s insanely cool and important story will finally be told,” said manager Dave Kaplan. “They were fearless and pioneering in bringing together so many musical genres, cultures, and lifestyles during their short time as a band, and their music is still influencing musicians and artists to this day. Peter Paterno and I spent the last 6 years searching for the right partners and we are pinching ourselves with this “Dream Team” of Elizabeth Gabler and Marisa Paiva at 3000 Pictures, Francis Lawrence, Chris Mundy and the Chernin folks and can’t wait to see this film get made.”