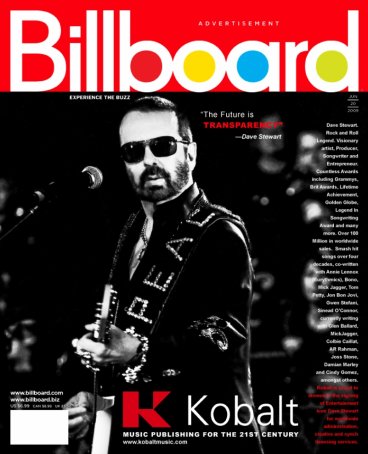 TRANSPARENCY – The full, accurate, and timely disclosure of information.

I bought a new shirt in Milan two weeks ago and used my Visa card. After the merchant swiped my card the data traveled 30,000 kilometers and crossed 12 nations, contacted my bank, checked credit limits, then verified the merchant’s bank account details to transfer money in 1.4 seconds.

My purchase of a shirt in Milan was one of over 160 million payments happening every day, payments that equate to over 12 billion dollars, transactions that will settle out to the last Yen, Cent and Centavo. In 1983, Visa launched it’s anyplace anywhere ATM system, at the same time as "Sweet Dreams" went Number One. If I sold shirts, I would receive instant, crystal clear accounting for my business.  But since I make music, I am forced to deal with some incomprehensible labyrinth of archaic accounting methods.  Visa has had this system in place for 30 years and I’ve been selling records in one form or another for about the same amount of time. As an artist, a songwriter and a producer, I, along with every other artist, have long yearned for advanced, transparent reporting structures in order to address the entrenched and endemic problem of years of late/short payments.

The current content distribution system for artists has been referred to as a "sharecropper" system. Today, a typical distribution agency (e.g., record label or similar) collects the revenue, subtracts all advances, recording costs, packaging costs, promotional expenses, tour support, and other holdbacks, and then pays the artist their "share" at some point in the distant future. Why can’t we artists be afforded the same respect as the guy from Milan selling shirts?

In the future, all incoming revenue streams will be reported in real time, with transaction costs pre-defined and competitive with the market.  In the old model, content distributors have been slow and/or reluctant to adopt new media.  Distributors frequently take significant portions of creative control out of the hands of the artist, placing restrictions on format, functionality, interactivity and other components. Copyright controls inherently limit the models and methods of release and distribution of artist products.  Digital distribution and rights management methods have failed to leverage technological and business advancements to serve consumer, artistic and corporate interests. With many distributors, the feedback loop on consumer usage is also limited.  Buyer profiles, habits and usage patterns are not shared with artists, who are then forced to use other means (surveys, focus groups) to determine how their content is being received by the fan.  Especially troubling is that, in many cases, artists are not entitled to any control over precisely what happens with their creative work, or to apply some of the new and innovative ideas in the digital landscape due to restrictions from rights holders.  Digital media technologies for distribution, asset management, security and monetization have matured to the point that an easy-to-use, scalable, fully featured digital media gateway and financial tracking system is now possible and should be demanded by all artists.

And why not? Nearly all forms of artistic output have migrated from analog to digital formats. When combined with innovation through media-related and other industries, the rising volume of digital media has created the potential for a significant uplift in adoption of "long tail" content from established artists. In other words, provide fans a deeper, richer experience, by giving them a glimpse into an artist’s world and work, which benefits all those with a stake in the business.

Soon, we in the entertainment industry will operate in a world with a compelling, multi-faceted user experience across online and mobile interfaces that, as I was recently quoted in the Washington Post as saying, will “drop a Neutron Bomb on current distribution models.”  In fact, working alongside the innovative companies with whom I work with everyday, we are building this gateway now. Stay tuned.

[Dave Stewart, co-founder of Eurythmics, is a legendary artist, producer, author, speaker, entrepreneur and songwriter whose records and collaborations have resulted in more than 100 million album sales and numerous Grammy, Golden Globe, Brit, Lifetime Achievement, Legend in Songwriting and other awards. He has co-written with Mick Jagger, Bono, Bob Dylan, Tom Petty, Gwen Stefani, Katy Perry,Jon Bon Jovi, George Harrison, and many others, resulting in numerous worldwide hits that are heard everyday around the world.  Recently named one of Fast Company magazine’s 100 Most Creative People in Business, Stewart serves as a consultant for Nokia, the world’s largest mobile phone company, where he was given the unique title of “Change Agent,” charged with ensuring the artists’ point of view is represented in the “new world” and creating new content business paradigms for the entertainment industry.]