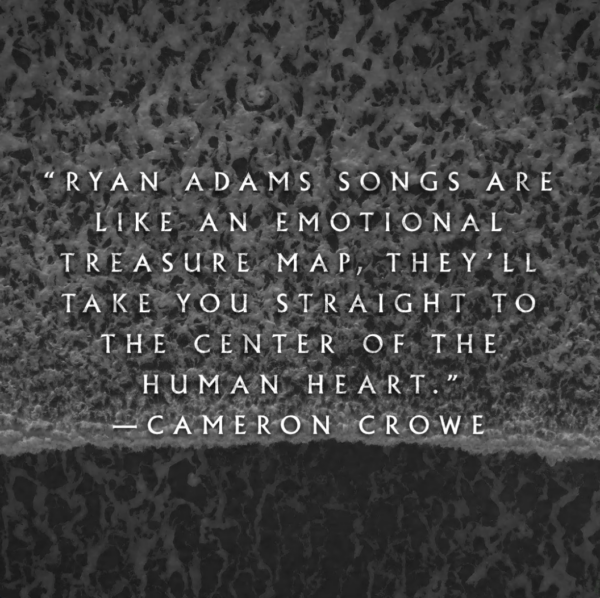 Cameron Crowe, Lucinda Williams, and Lindsey Buckingham share their admiration for Ryan Adams’ latest album, ‘Wednesdays’. See their comments below!
–
“Ryan Adams songs are like an emotional treasure map, they’ll take you straight to the center of the human heart.” – Cameron Crowe

“This album of Ryan’s has found its way into my dreams. It begs to be discovered.” – Lucinda Williams

“During my time in the music business, I’ve observed that artists can sometimes lose touch with their center as they grapple with the trapping and the pressures of success, as they pursue the edges of style, production and trend. Ryan Adams has never been one of those artists. He is, rather, the embodiment of a true singer/songwriter. His music and lyrics spring from the very center of his soul, and in his willingness to expose that center through his art, he allows us to glimpse ourselves, our own centers. On his latest album, Wednesdays, Ryan Adams again reminds us that as the world changes, as we evolve, we must also continue to aspire to remain ourselves, individually and collectively.” – Lindsey Buckingham