Acclaimed songwriter, musician and Eurythmics co-founder Dave Stewart is recognized as one of the most respected and accomplished talents in the music industry today with a music career spanning four decades and over 100 million album sales.

Stewart co-wrote and produced each Eurythmics album along with his partner Annie Lennox  in their world-famous duo. Stewart has also co-written and produced albums and songs with Tom Petty, Gwen Stefani, Jon Bon Jovi, Stevie Nicks, Mick Jagger,  Bryan Ferry, Katy Perry, Sinead O’Connor, Joss Stone and many others. Along the way, his work has garnered numerous awards including 26 ASCAP Awards and BMI awards for most performed songs  4 IVOR NOVELLO AWARDS, THE 4 BRIT AWARDS for BEST PRODUCER INCLUDING  a LIFETIME ACHIEVEMENT AWARD , the SILVER CLEF AWARD , The CLIVE DAVIS LEGEND IN SONGWRITING AWARD a Golden Globe, and Grammy Award. IN 2015 HE WON The Outstanding Contribution to UK Music Award given by THE PRODUCERS GUILD.

Stewart has scored films for several directors, including Robert Altman, Paul Verhoven and Ted Demme, and has written and produced the title songs for many hit movies and together with Mick Jagger, he wrote and produced the score for Alfie, starring Jude Law, which won the pair a Golden Globe for Best Original Song.

Stewart along with songwriter/producer Glen Ballard wrote the music for the musical adaptation of the 1990 Jerry Zucker film Ghost, which opened to rave reviews in London’s West End July 2011, and premiered on Broadway April 23, 2012. Ghost the Musical is now being performed in  many cities throughout the world.

In February 2016, Stewart released Sweet Dreams Are Made of This: A Life in Music with a forward by Mick Jagger. For the first time, Stewart shared the incredible, high-octane stories of his life in music: the A-list collaborations and relationships, and the creative process that brought us blockbusters from Eurythmics like “Here Comes the Rain Again” and “Would I Lie to You,” as well as Tom Petty’s “Don’t Come Around Here No More,” No Doubt’s “Underneath It All,” and many more.

Beyond his creative work as a musician, Stewart is a renowned film and TV producer, author, photographer, and entrepreneur. Stewart has established Dave Stewart Entertainment (DSE), a “media company for the new world” (The LA Times), linking creative ideas to a host of projects in music, film, television, books, theatre, and new media. As the creator of content for DSE, Stewart has married his passion for music, film and television by creating a number of high profile projects.

Stewart is the creator and Co-Founder with Microsoft Paul Allen of The Hospital Club, a highly successful multimedia creative center and private members club in London. The Hospital Club offers the creative industries the environment and facilities it needs to create, connect, and collaborate.

Stewart Created and is Executive Producer of NBC’S hit show- Songland. Songland pulls back the curtain on the songwriting process and gives new songwriters a chance to make songwriting their career.

“An explosive musician, Captain Dave is a dreamer and a fearless innovator, a visionary of high order, very delicately tractable on the surface but beneath that, he’s a slamming, thumping, battering ram, very mystical but rational and sensitive when it comes to the hot irons of art forms..” – Bob Dylan 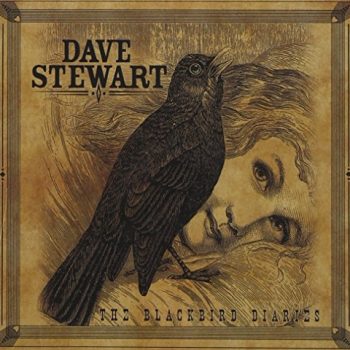 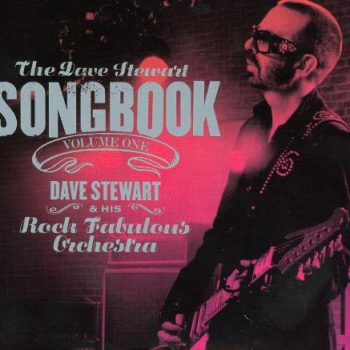